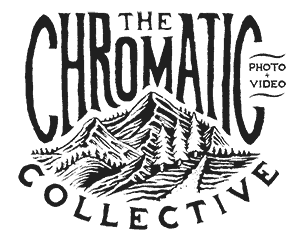 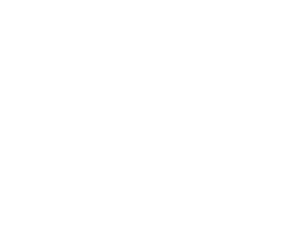 “You hired a videographer, yet?”

“Dude. Just let me shoot it. Save your money and we’ll call it my wedding gift to you.”

“I don’t want my friends having to work at my wedding.”

This was my conversation with Jacob just months before his wedding at The Grace Maralyn Estate on California’s Central Coast. I only mention it because it reveals two very notable traits about my business partner: 1) he’s really good at procrastinating when it comes to making big decisions and 2) he’s one of the most considerate, thoughtful, selfless, hard-working, caring and generous people I know.

Now, about Jacob being a procrastinator… I really should clarify, as he works harder than most anyone I know. In fact, he’s often the one checking in to make sure we’re keeping up on things and reminding me that videos need to be edited, weddings blogged, bills paid for and emails answered. You should see this guy’s whiteboard in our office… it’s ‘A Beautiful Mind’ status. So, when I say, “Procrastination,” I really mean, “Thoughtfully, carefully and without urgency.” 😉

And that brings me to his amazing and beautiful wife, Lindsay. But before I go too far down that road, I should mention that I’ve known and been shooting weddings with Jacob for over seven years now and he’s always been methodical – hesitant to jump in or sign up just because it feels right or because people around him are doing it (unless it’s a new VSCO filter… then he’s all over that crap like white on rice). So when it came to Lindsay, you’d better believe my man was taking things seriously.

That didn’t stop me from double-checking, though. When he told me he was starting to shop for a ring, I started asking questions. Most notably, “What makes you think she’s The One?” His answer shut me up.

“I’m better with her. Life is better with her. When something good or bad happens she’s the first person I want to tell about it. She believes in my dreams, even when I don’t and encourages me to do more than I ever thought I could. I can be who I truly am around her – I never feel like I need to hold back. Honestly, I can’t imagine my life without her.”

As time has passed and I’ve had the chance to get to know Lindsay more, I can honestly say that Jacob was totally right. She compliments him in both serious and goofy ways (if you’ve ever received a Snap Chat from them when they’re hanging out, it’s kinda hilarious), she challenges him to step out of comfort zones, shares his passions and just loves being with him. I know that last point may seem a little silly or obvious, but I know couples who don’t really enjoy each other – like there’s another place they’d rather be or something else they’d rather be doing – but when Jacob and Lindsay are together, they’re not only content, they’re stoked. Hell, I’ll just say it… they’re besties.

Aaaand on to my second point – that Jacob cares deeply for those he loves and won’t hesitate to put other’s needs before his own. I’m probably going to get in trouble for this, but I’m going to mention it because he never would. For starters, he takes care of his family. Specifically, his single mom. From helping her with phone plans and housing to buying vacuums on Craigslist for her business, he’s always there to care for and help her. For his bachelor party, rather than let us knuckleheads cobble together some pathetic bro-sesh of cheap beer or sketchy hotels, he actually planned a getaway up north so he and his closest friends could hang out in an insanely cool and secluded cabin. We hiked, enjoyed the beach, ate good food and yes, even shotgunned beers right before rowing a 500m sprint (full disclosure, I don’t recommend this). Moreover, he’s always been quick to share tips, shortcuts and “secrets” he’s discovered in photography with his colleagues, which, if you know photographers, isn’t very common. Even last week, I called him with a plumbing question and without hesitation, he drove across the county to help me out. My point is, anyone who gets to call Jacob or Lindsay a friend should count themselves beyond blessed.

Ugh. If you’ve read this far, I apologize for the length of this post. I didn’t give a speech at their wedding, so I feel like this is my chance to tell these two and anyone else who reads this pathetic diary entry how much I love THEM. Don’t get me wrong, I love these two individually, but together, it’s another level. The sum of their individual parts is way more together than alone – like a fine wine with a perfectly cooked steak… it’s a 1+1=5 kinda thing. They’re truly better together. I guess I don’t really know how else to describe it other than the Lacey Love Squad effect. 😉

At any rate, after I literally insisted and demanded it, Jacob finally let me shoot his wedding. He wouldn’t however, let me edit it. So here’s the final product of our collaboration, in true Chromatic Collective form. I have no doubts that as you watch it, whether you know these two or not, you’ll feel the immense love shared between these two. Jacob… Lindsay… I love you guys and would do anything for you. Y’all are gonna do big things together, I have no doubt. Here’s to many, many amazing years of happiness, discoveries, growth, and love. Cheers, bitches.